The members of the IP5 are:

US Bar Liaison Councils and Partnerships

Representatives of AIPLA participate in annual U.S. Bar Liaison Council meetings with the European Patent Office (EPO), Japanese Patent Office (JPO), and the National Intellectual Property Administration, PRC (CNIPA) to discuss intellectual property issues with the officials of the patent offices and delegates from other national and local IP associations.

The members of the Trilateral Cooperation are:

The members of the Industry Trilateral Cooperation are:

The members of the TM5 are:

Tegernsee Group and Group B+ 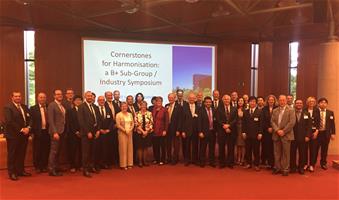 Group B+ and the Tegernsee Group are groups of offices that are addressing international patent harmonization issues including grace period, prior user rights, conflicting applications and 18-month publication. The Tegernsee group has concluded its work, and the harmonization discussions are set to move forward in the Group B+, which has begun work with a subgroup of member offices.  They will be consulting with industry, including the Industry Trilateral of which AIPLA is a member, as they continue their discussions.

Group B+ consists of European Union and the European Patent Organization, all member states to these organizations as well as Australia, Canada, Japan, Korea, New Zealand and the US. In all, there are over 35 countries and intergovernmental organizations involved in the discussions.

The Tegernsee Group is comprised of the Heads of the European, Danish, French, German, Japanese, UK and United States patent offices.​ 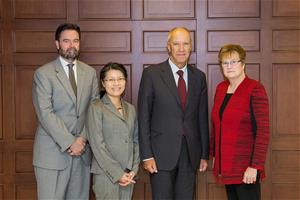 AIPLA engages with the World IP Organization (WIPO) by sending representatives to attend WIPO meetings and also with the U.S. government on the implementation of WIPO treaties. AIPLA President and WIPO Director General signed a  Memorandum of Understanding on Cooperation in the Field of Intellectual Property  in Geneva, Switzerland, September 11, 2002.

- The Hague Agreement is covered by AIPLA's Industrial Designs Committee.