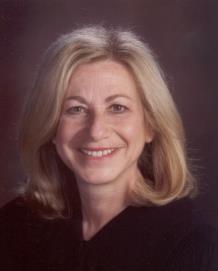 Chief Judge Prost was appointed by President George W. Bush in 2001 and assumed the duties of Chief Circuit Judge on May 31, 2014. Prior to her appointment, Judge Prost served as Minority Chief Counsel, Deputy Chief Counsel, and Chief Counsel of the Committee on the Judiciary, United States Senate from 1993 to 2001. She also served as Chief Labor Counsel (Minority), Senate Committee on Labor and Human Resources from 1989 to 1993. She was Assistant Solicitor, Associate Solicitor, and Acting Solicitor of the National Labor Relations Board from 1984 to 1989. She was an Attorney at the Internal Revenue Service from 1983 to 1984, and Field Attorney at the Federal Labor Relations Authority from 1980 to 1983. Judge Prost also served as Labor Relations Specialist/Auditor at the United States General Accounting Office from 1976 to 1980 and Labor Relations Specialist at the United States Civil Service Commission from 1973 to 1976. Judge Prost received a B.S. from Cornell University in 1973, an M.B.A. from George Washington University in 1975, a J.D. from the Washington College of Law, American University in 1979, and an LL.M. from George Washington University School of Law in 1984.