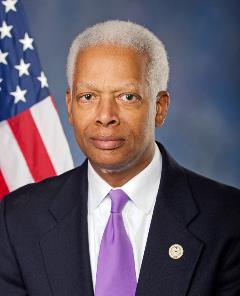 Join us as we kick off the 2021 Spring Meeting featuring The Honorable Henry C. "Hank" Johnson, Jr.

In his eighth term in the U.S. House of Representatives from Georgia’s Fourth Congressional District – which encompasses parts of DeKalb, Gwinnett and Newton counties and all of Rockdale County – Congressman Hank Johnson has distinguished himself as a substantive, effective lawmaker and a leading national progressive voice.

In 2019, Rep. Johnson was elected by his peers to lead the Judiciary Subcommittee – Courts, Intellectual Property and the Internet. The subcommittee has jurisdiction over administration of U.S. Courts, federal rules of evidence, civil and appellate procedure, judicial ethics, patent, copyright and trademark law, information technology and the Internet.

Prior to taking his seat in Congress in 2006, Rep. Johnson practiced criminal defense law in Georgia for twenty-seven (27) years. He served twelve (12) years as a magistrate judge, and five (5) years as a county commissioner.