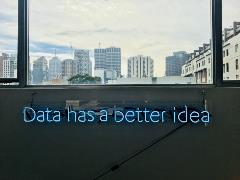 
On April 27, 2020 the United States Patent and Trademark Office (“USPTO”) published a decision declining to extend patent inventorship to an Artificial Intelligence (“AI”) named DABUS. The decision found that the application did not name an “inventor.”

Who is DABUS? DABUS stands for “Device for the Autonomous Bootstrapping of Unified Sentience”.

The USPTO is not alone. Both the EPO and UKIPO also refused the DABUS applications. Each concluded that AI does not qualify as an inventor. 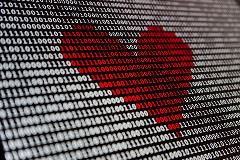 Artificial Intelligence is Here to Stay

You may think of artificial intelligence as the stuff of science fiction movies. Last night, I watched the 1990s movie “The Matrix.” In that movie AI (an evil cyber-intelligence) took control of human existence. The humans, perfectly happy in their virtual reality, formed the AI power source. The movie left me uncomfortable about the future.

Unlike the evil AI of The Matrix, artificial intelligence makes our lives easier. 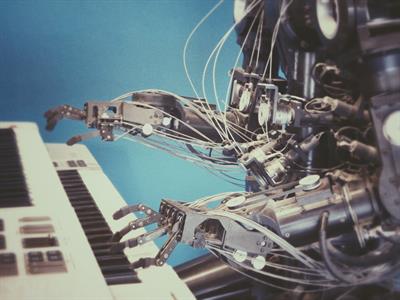 
According to the United States Federal Circuit, “Conception is the touchstone of inventorship, the completion of the mental part of invention. It is the formation in the mind of the inventor of a definite and permanent idea of the complete and operative invention…[Conception] is a mental act…”

In the AIPLA meeting, Dr. Thaler explained how DABUS independently conceives. As such DABUS invented the inventions.

In fact, the UKIPO conceded that DABUS was the creator of the inventions. The UKIPO still refused to recognize DABUS as the inventor because DABUS was not a human.

So what’s an applicant to do? 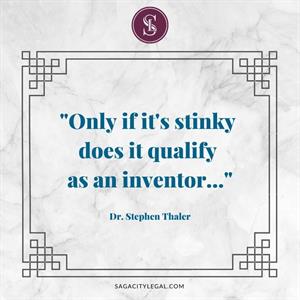 According to the USPTO's ruling, inventions can only be conceived by a “natural person.” The USPTO interprets wording of Title 35 of the US Code such as “whoever”, “himself”, and “herself” as suggesting a natural person.

The U.S. Copyright Office also prohibits AI from being the author of creative works. Specifically, the “U.S. Copyright Office . . . determined that it will register only those works ‘created by a human being,’ while excluding ‘works produced by a machine or mere mechanical process that operates randomly or automatically without any creative input or intervention from a human author.”

Is Artificial Intelligence a tool used by a human inventor or an actual inventor?

The determination of inventorship under United States patent law has been described by the courts as “one of the muddiest concepts in the muddy metaphysics of the patent law” (see: Mueller Brass Co. v. Reading Indus. Inc)

The claim of patent inventorship is of fundamental importance to the strength and validity of a patent. In fact, failure to name an inventor or naming an incorrect inventor can invalidate a patent.

Thus it becomes up to the judicial system to focus definition clarity. The framework adopted by the U.S. courts includes a requirement for the formulation in the inventor’s mind of “...a definite and permanent idea of the complete and operative invention as it is to be applied in practice” (Burroughs Welcome Co. v Barr Labs inc.) The test for inventorship, as described in Ethicon Inc. v. United States Surgical Corp., includes:

Applying these concepts to the real-world, inventors include individuals who have in a direct way contributed to:

So how does this apply to DABUS?

In DABUS, the applicant asserted that the claimed invention in the application was developed by a creativity machine named DABUS, which was “trained with general information in the field of endeavor to independently create the invention.” The patent offices to-date disagree that such development makes DABUS an inventor.

What do you think? Inventor or not?

An Inventor’s Role in the Patent Process

Let’s leave the philosophical discussion of whether an artificial intelligence machine can meet the requirements of inventorship for a moment and turn to the practical matters of filing a patent application.

The oath or declaration, signed by the inventor, includes the following statutory statements:

Hmmmm, how is an artificial intelligence machine going to affirm and sign such a document? Can AI comprehend these statements legally?

The USPTO does provide for a substitute declaration. Where an inventor’s signature cannot be obtained on a declaration, an applicant (i.e., assignee, obligated assignee or party who shows sufficient proprietary interest) may execute a substitute statement if the inventor is deceased or legally incapacitated, the inventor refuses to sign the declaration, or the inventor cannot be found or reached after diligent effort. None of these seem to be applicable to the case of an artificial intelligence inventor.

How then can DABUS sign an inventor’s oath and declaration? Does DABUS have the capacity to understand the meaning and impact of the various statutory acknowledgements?

Is an assignment even legally possible? When it comes to legally binding agreements, certain people are always considered to lack the legal ability (or "capacity") to contract. As a legal matter, basically they are presumed not to know what they're doing. Agreements signed by such people are considered "voidable." In most states, the standard for mental capacity is whether the party understood the meaning and effect of the words comprising the contract or transaction. Thus, if an artificial intelligence machine, such as DABUS, entered into an assignment agreement with its creator, that agreement may not hold up in court. 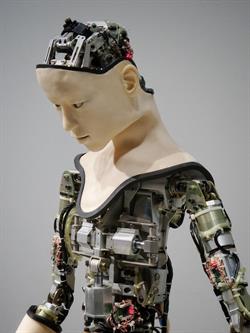 In the United States, Congress holds the power to determine whether AI should be recognized through legal personhood.

The Intellectual Property Clause of the Constitution grants to Congress the enumerated power "[t]o promote the progress of science and useful arts, by securing for limited times to authors and inventors the exclusive right to their respective writings and discoveries."

Therefore, the terms used in the Intellectual Property Clause, including “inventor,” are subject to constitutional interpretation.

Is AI a legal person? Only time will tell.

“The real question is, when will we draft an artificial intelligence bill of rights? What will that consist of? And who will get to decide that?" - Gray Scott

Randi Karpinia, founder of Sagacity Legal PLLC, helps small business and entrepreneurs minimize their legal risks. With over twenty years of experience, Ms. Karpinia is a recognized expert in all aspects of business legal management with a focus on intellectual property, legal operations, and online legal protection. Ms. Karpinia’s credentials include a B.E.E, with honors, from Georgia Institute of Technology; a M.E.E. from Florida Atlantic University; and a J.D. Magna Cum Laude from Nova Southeastern University. Ms. Karpinia is admitted to practice law in Florida and before the USPTO. and is a Florida Bar Board Certified Intellectual Property Lawyer. Ms. Karpinia is actively involved with AIPLA including being the current Vice Chair of the Mentoring Committee, Past Chair of the Women in IP Law Committee, along with numerous speaking engagements for AIPLA meetings.