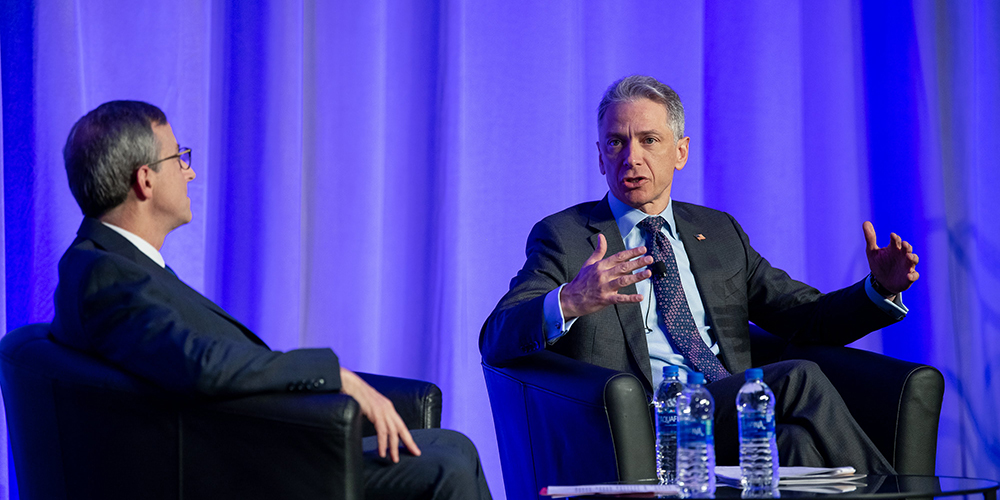 USPTO Director Andrei Iancu spoke to the AIPLA Annual Meeting attendees on a myriad of topics, including the state of Section 101. Referencing the possible legislation to amend Section 101 of the US Patent Act, Iancu said "I applaud members of Congress, particularly Senators Tillis and Coons, for taking on this issue."

Elements of the proposed bill say that “provisions of Section 101 shall be construed in favor of eligibility” and that exceptions to subject matter eligibility (both judicial and implicit) will not be used to determine patent
eligibility under Section 101.

“I believe that any solution should be narrowly tailored to address the problem at hand, without raising new issues that could add new burdens to, and inject even further uncertainty into, the system,” Iancu added.

Reflecting on the US Supreme Court’s decision in Alice v CLS Bank (2014), Iancu says the case has presented challenges
for the USPTO. “In the four years after Alice was decided, Office Actions containing a 101 rejection increased on average
by 5%, with increases in the artificial intelligence (AI) areas [by] 22%.”

In January 2019, the USPTO released guidelines on subject matter eligibility. Iancu says that in the six months after the release of the guidelines, Office Actions containing a 101 rejection decreased on average by 6%, with decreases in AI areas by about 21%.

Encouraging more diversity in inventorship and the IP profession itself is a priority for the USPTO, according to Iancu. “There is untapped potential in the community, and the USPTO wants to do everything possible to encourage diversity in innovation, create equal opportunities for every inventor, and ensure that all voices are heard,” Iancu says. “We must advance the national dialogue around this issue and drive real change.” 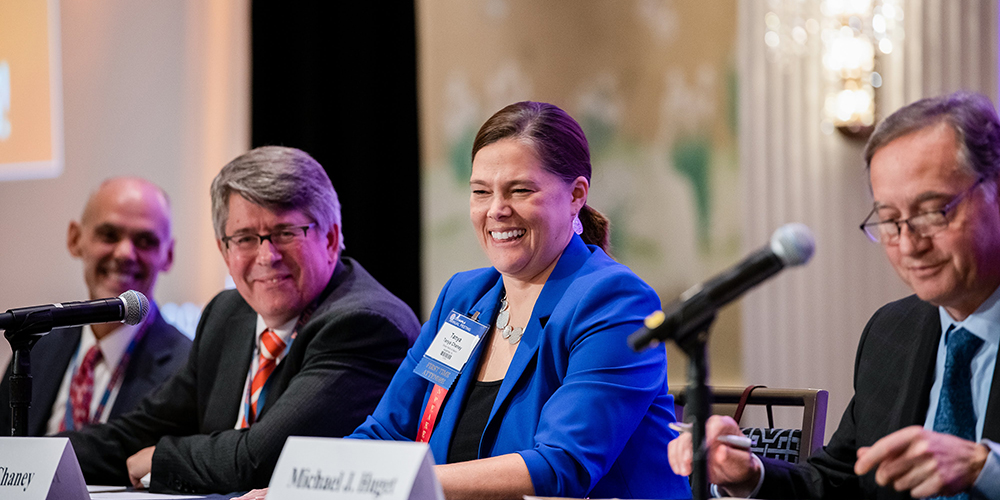 If you’re a jerk, don’t stop being a jerk when you testify,” said Nicholas Groombridge, a New York-based Partner at Paul Weiss, about the importance of witnesses being themselves on the stand.

He was speaking on “The Importance of Witnesses” during yesterday’s panel “How to Prepare a Patent Case for Trial: Tips from the Trenches.”

His ultimate point was about credibility – if a witness comes across as fake on the stand, it could undermine credibility with judges and juries.

Garrard Beeney, a New York-based partner at Sullivan & Cromwell, agreed during the Q&A session that credibility was important, as is ensuring that a witness’s personality is consistent during direct examination and cross-examination.

“The worst thing you can get if you get a witness who might not be the most likable person is that they’re [not] the same person in direct and cross-examination. Just make sure it’s the same material,” he said

Speaking on “Strategic Discovery for Trial,” Michael Huget, a Michigan-based Honigman partner, emphasized the importance of being able to explain a case concisely. He said that lawyers should have a 25-word story to explain a case.

Speaking on “Overcoming Evidentiary Landmines at Trial,” Tanya Chaney, a Texas based Of Counsel at Shook Hardy & Bacon, ran through several cases where there was debate over whether evidence was considered admissible.

In one case, an inventor came up with a device that allowed a user to get in and out of a vehicle. The claim language said that a portion of the handle would extend “exteriorly from the vehicle” and in the picture the device was extended perpendicularly from the car. However, a competitor came up with Car Cane, a similar device but which ran parallel to the car instead. Chaney said the device was even designed so that if you tried to put the device perpendicularly into a doorframe, it wouldn’t fit correctly. Because of this, lawyers advised the creators of Car Cane that it would not infringe the patent of the other device.

Still, the patent owner of the original device had provided evidence of the device being used in a perpendicular orientation. The evidence included photos and Amazon reviews to that effect.

It was later determined, however, that the photos were not of real users; they had been staged. “It should really come as no surprise that these photos were inadmissible,” Chaney said.

Being Kind Key to Client Relationships 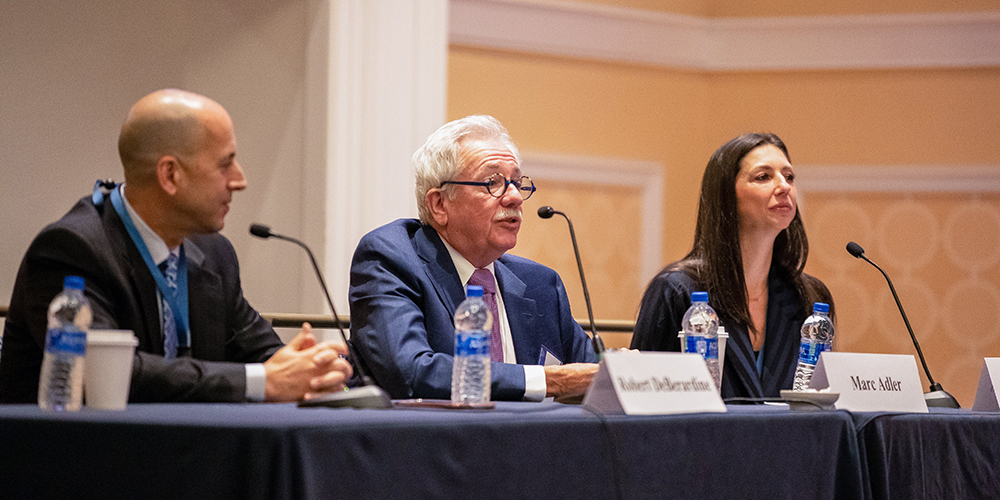 Current and former corporate attorneys revealed how private practice lawyers can better cater their services to in-house counsel and potential clients, in the “Know Thy Client: Practical Tips for Strengthening the Outside/Inside Counsel Relationship” session.

Top tips included avoiding the ‘bait-and switch’ approach during pitches, ensuring that the team presented is diverse, and being honest when it comes to matters of cost. But perhaps the most important pointer was for external counsel to show empathy and be kind to clients.

“For me, having a person who cares about me and my business is extremely important,” said Robert DeBerardine, Chief IP Counsel at Johnson & Johnson. “It is about finding someone who is willing to do the hard work and is the kind of person who works well with others, and is not as concerned with themselves as making their clients successful.”

He added that private practice counsel should take the time to find out more about their clients and work around them. If they have budgetary constraints, for example, lawyers should work to accommodate those into their strategies and not draw matters out because they are expected to bill a certain number of hours.

Panel moderator Jessica Ergmann, IP Director at Arctic Fox, agreed that empathy is an important factor when it comes to choosing to hire and keep external counsel, and added that likeability goes hand in hand with that attribute. She noted that it was important for her that she could “sit at the bar and have chit chat” with any lawyer she worked with.

Marc Adler, Of Counsel at Buchanan Ingersoll & Rooney and former Chief IP Counsel at chemicals company Rohm and Haas, said building personal relationships is important to in-house counsel. “The people I picked were those I liked and had a good rapport with,” he said. “I could get an answer to a question quickly and without worrying about being on the clock. They were the people who would give me information that I had not even asked for, and people I liked personally.”