The View from the Federal Circuit 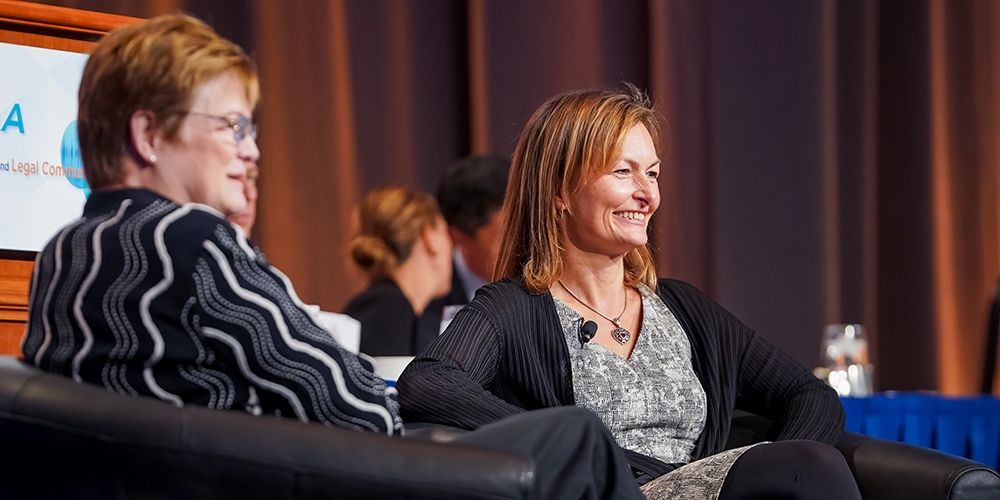 Luncheon speaker Judge Kara Stoll of the Federal Circuit provided interesting insight into the Court’s views on Friday, October 26, 2018. The former Finnegan partner, who joined the Federal Circuit in 2015, spoke about her passage into public service. “In some ways it was an easy transition,” she told Lisa Jorgenson in an interview during the luncheon. “I didn’t have to worry about losing any cases and my clients always pay.”

But she says the sheer number of cases has been challenging. On the subject of rehearing petitions, Stoll raised a gripe. “For what it’s worth, I really think the court and the bar would be well served if there were more selective use of petitions for rehearing. Then the ones that are really deserving, exceptional issues of importance, would stand out a little more.”

Stoll observed that “occasionally, and maybe even often”, cases have a large time gap between when an appeal is filed and when oral argument is scheduled. “One thing I noticed was the delay wasn’t necessarily due to the court’s action,” she said. “We seemed to be keeping up, but in some cases counsel for both sides or just one side would identify months on end when they are not available for oral argument, and not necessarily explain why or give good cause.” She added: “It is something we are going to look into and something that is important to us because we want to keep up with our docket.”

Stoll discussed the number of issues that should be raised on appeal. The Federal Circuit has counseled for years that raising more than three issues can be difficult because of the limited amount of space in a brief and because weaker arguments can make stronger arguments appear weak. “We receive a number of appeals still where there are five or six issues raised, or the issues raised are questions of fact,” said Stoll. “For our review of PTAB appeals, the standard of review is substantial evidence. We see a lot of appeals where somebody is arguing that there isn’t substantial evidence to support a fact finding by the PTAB when in fact there is. So one thing that would behoove the bar would be to think about that substantial evidence standard and also think about legal issues.”

AIPLA Executive Director Jorgenson asked Stoll what distinguishes a good appellate lawyer from a great appellate lawyer. “It is really knowing the record well so that during oral argument you are faster with the record and the facts,” explained Stoll. At oral argument, the judges have already read the briefs and studied the relevant issues. They have to vote immediately after oral argument on the outcome of the case. “So a great attorney at oral argument really hears the question and answers with a yes or no and an explanation if necessary,” Stoll said. “They really know the record and the case law and are willing to make concessions, both in terms of what the facts are. But also if the attorney isn’t familiar with the particular case that you are asking about, it is better to admit you don’t know than to pretend you do.”

Stoll also gave some advice about writing briefs. She said that many briefs do not dig into the facts as much as necessary. One example of an error is saying a client should win because of a certain case and then just citing that case. A great brief would give the facts of the cited case and explain why the current case is just like it and why the court should rule the same way. “I am really surprised by the number of briefs that tackle the issues not at a level of depth that I need in order to be able to resolve the case,” said Stoll. “So I think that’s one thing that distinguishes a great brief from a good brief.”

The USMCA’s “Loud and Clear Signal” 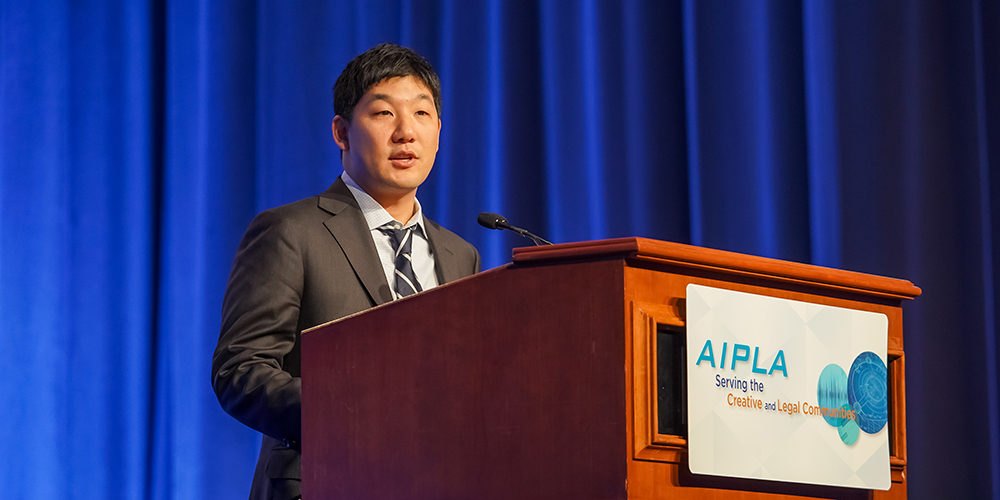 The AIPLA Annual Meeting began in earnest on Thursday, October 25, 2018, with a very timely presentation during the Opening Plenary Session. Daniel Lee, Assistant US Trade Representative (Acting) for Innovation and Intellectual Property Office of the US Trade Representative (USTR), provided an overview of the United States-Mexico- Canada Agreement (USMCA), which was agreed in the very last few hours of September.